This week's objective was the final project.

This project directly relates to the course objectives and lessons because I will be implementing an array of techniques used throughout the course; I will ultimately:

The purpose of this inferential statistics project is to perform a hypothesis test and determine how people's opinions on the Internet relate to three different factors. Specifically, whether differences in their age, income, and cell phone usage correlate with their opinion that the Internet has a positive impact on society.

For this data set which is largely categorical, it is most fitting to use a chi-square test for independence. Conducting one of these tests for each of the three categories will give insight as to whether the two given categorical variables are related or not. The response variable (opinion on Internet) is not continuous, so an ANOVA test would not be suitable for analysis given the problem statement.

FIND AND CLEAN THE DATA:

It would be preferable to use a larger sample size that includes data from 2017 or previous to reveal any trends over time, however, this specific Pew Research Center survey was only started in 2018 and has not been repeated since with similar questions. I believe useful insight can still be drawn from the this single data set given the sample size and reliable source.

The set originally contained over 70 variables for each of the over 2,000 records. Each of these variables were code IDs corresponding to a particular question from the survey.

I made the decision to focus on these select codes specific to this analysis:
This sample will allow me to narrow the focus of this study and comply with the requirements of being between 5 and 20 variables and at least 200 observations.

After some cleaning, I created the following contingency tables for the analysis (with each cell >5 samples per 𝛘2 test requirements):

Null hypothesis
H0: The survey opinion that the Internet positively impacts society is independent of the survey categories of age, income, and cell-phone usage. (Note: Assuming a significance level of α = 0.05)

Alternative hypothesis
H1: The survey opinion that the Internet positively impacts society is not independent of the survey categories of age, income, and cell-phone usage. (Note: Assuming a significance level of α = 0.05)


ANALYZE THE DATA IN R:


Here we see the resulting p-values (within their respective degrees of freedom) as: 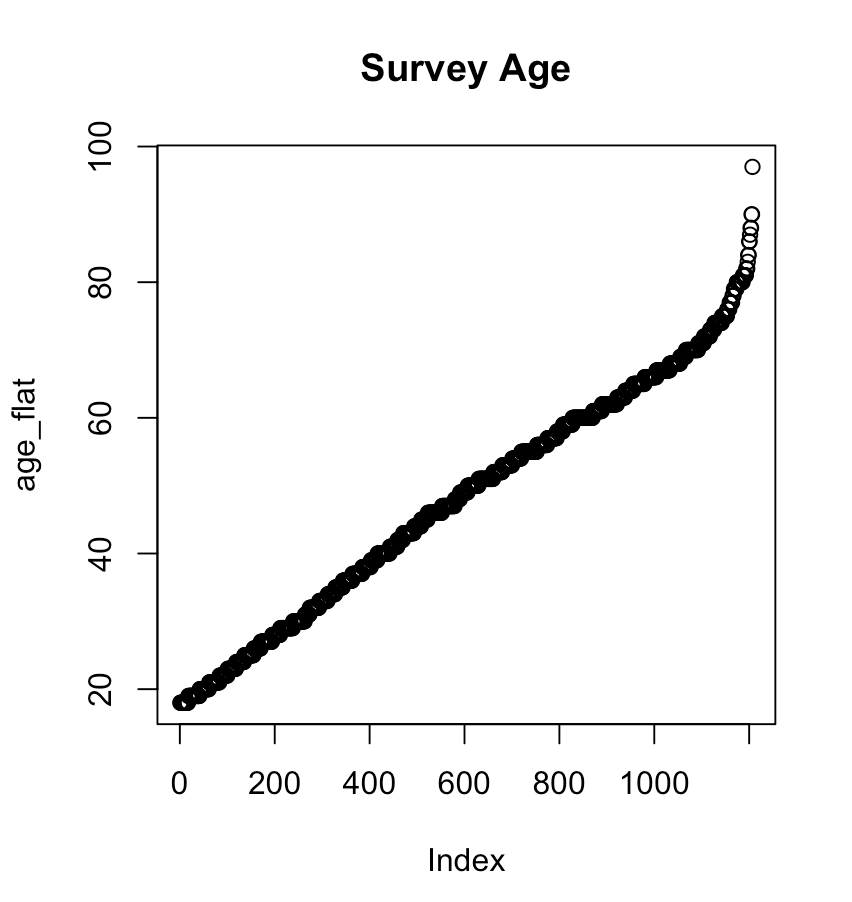 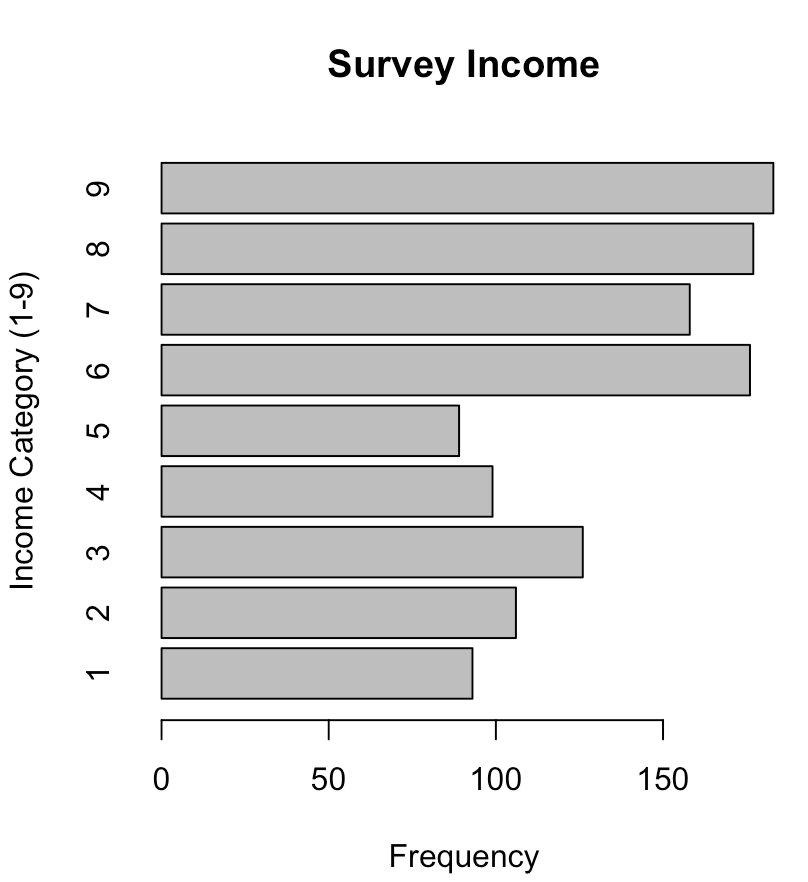 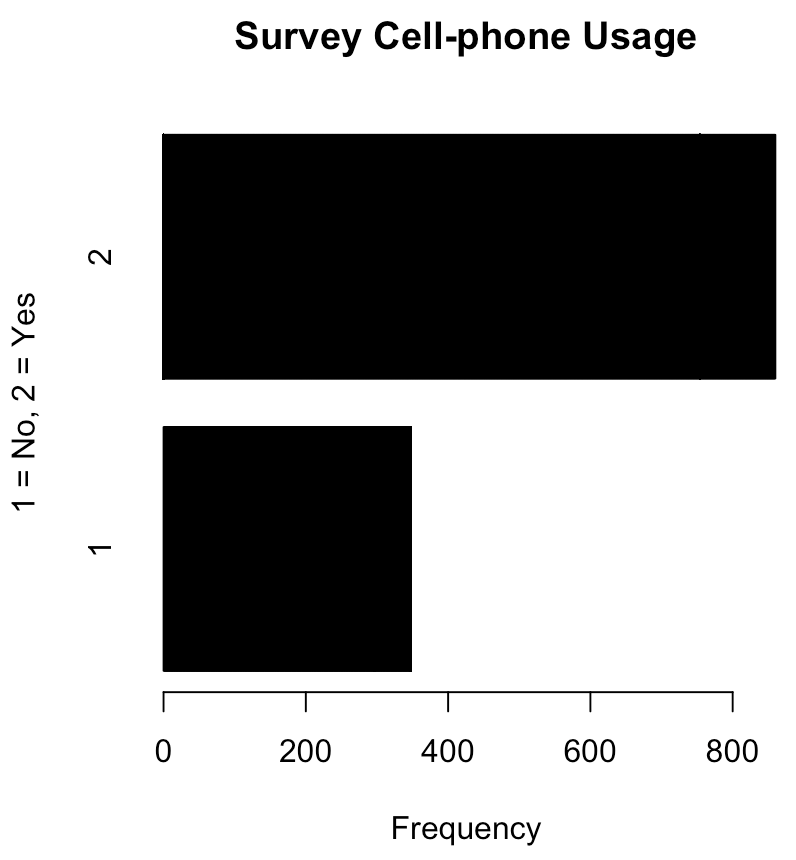 Thusfar, the visualizations do not lead to any useful inferences. Age appears to be nearly equally distributed, income is slightly weighted towards the upper end of the spectrum, and there is a large distinction between those who do and do not have a cell-phone (the overwhelming majority being that the subject does own and use a cell-phone). These visualizations depict only the mean of the individual sample characteristics, so a comparison of the variable against the responsive variable is needed. This follows: 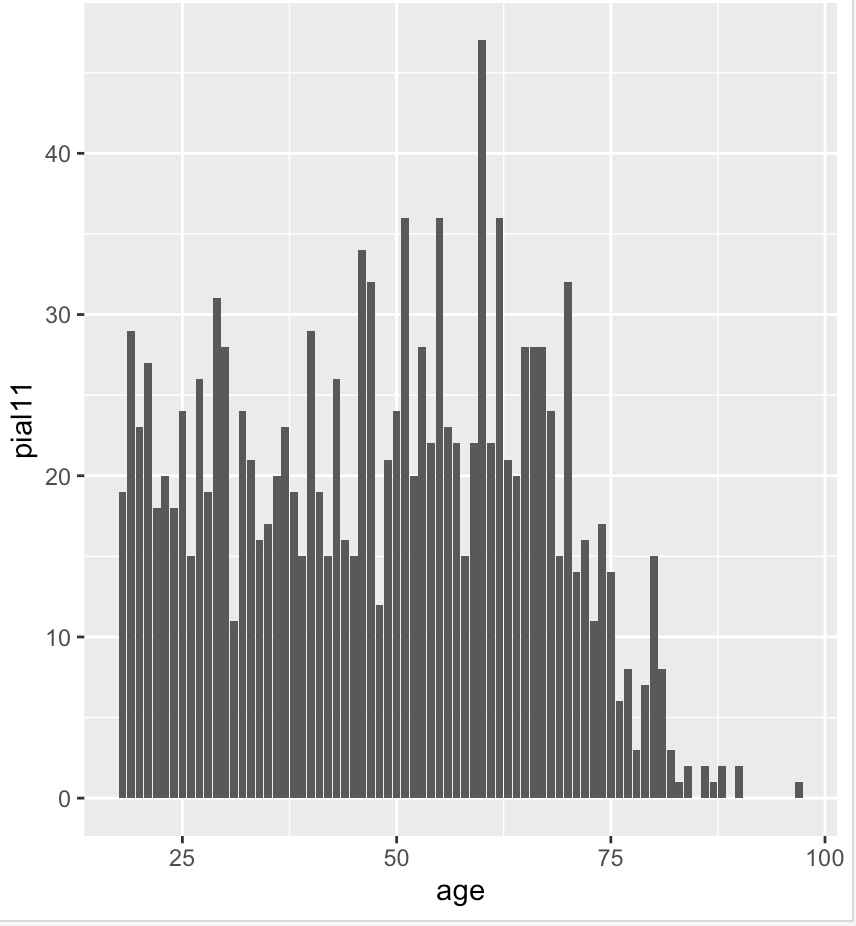 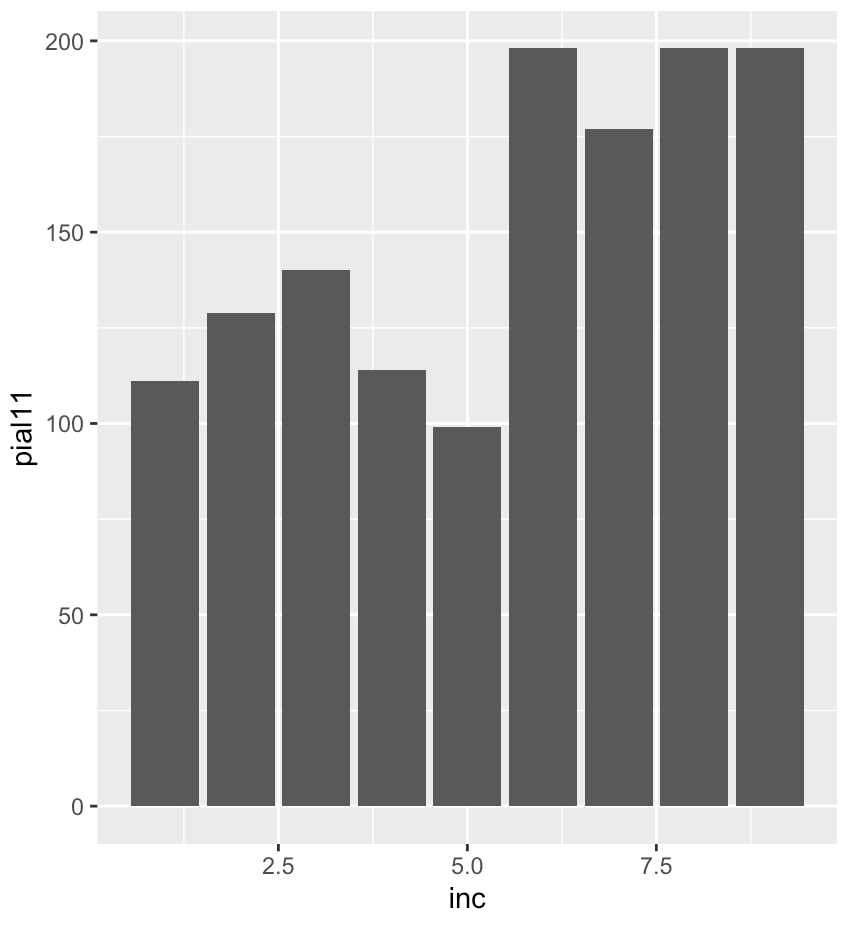 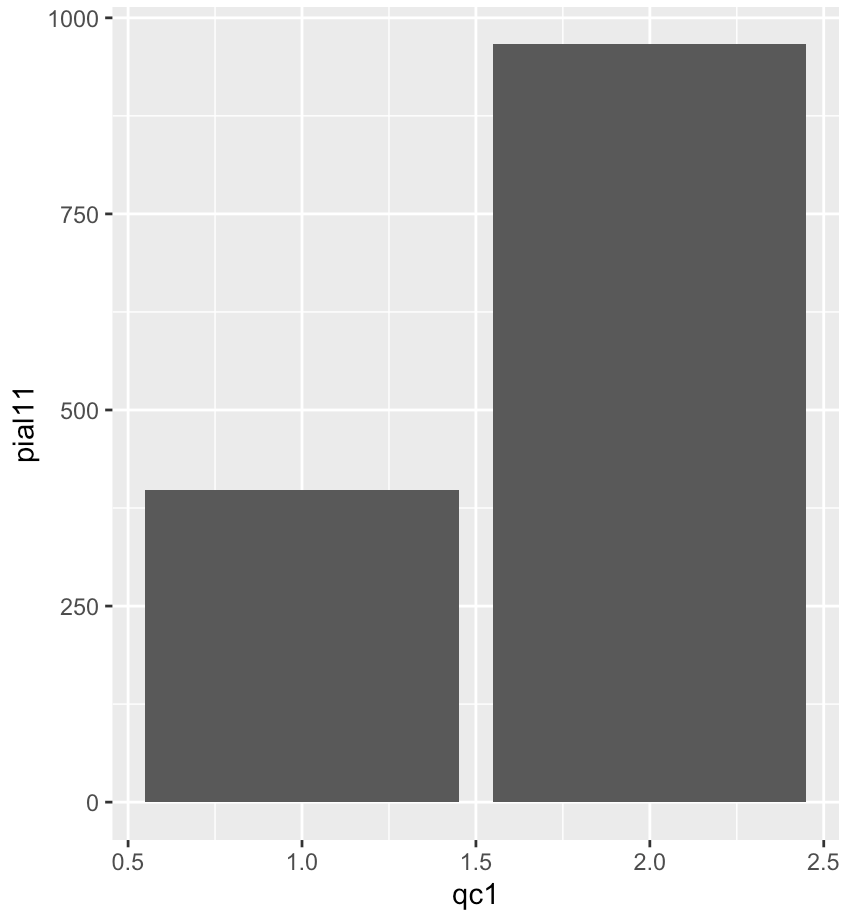 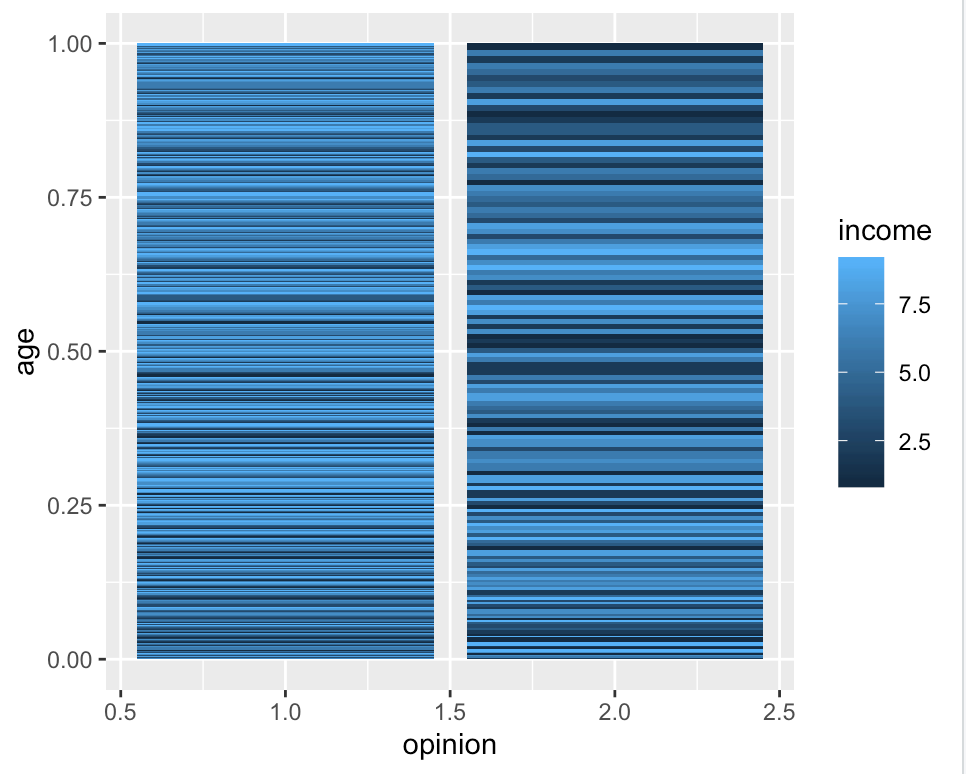 This stacked bar graph attempts to display a relationship between income, age, and opinion on the Internet. A line graph could alternatively have been used, however, the differences in categorization (binary, 1-9, 1-4, etc.) make it difficult to interpret any meaning. The relationship observed here, is most strongly show by the distinction of the opionion and income variables; the lower income group (darker shade) correlates more strongly with opinion response 2 (that Internet does not positively impact society). This is supported by the p-values earlier shown from the 𝛘2 tests.

From the results of the 𝛘2 critical values and visualizations, the p-value is less than 0.05 confidence level for only the variable of income, so we reject H0 only for that variable and conclude (Note: Assuming a significance level of α = 0.05):